The second major application of salt is for de-icing and anti-icing of roads, both in grit bins and spread by winter service vehicles.

Salt for de-icing in the UK predominantly comes from a single mine in Winsford in Cheshire and secondly from imported salt. Rock salt mined in the UK is often brownish in colour as it contains small amounts of (clay-like) marl. This is what gives it it's pinkish-colour and is often referred to as "Cheshire Pink" salt.

Prior to distribution, de-icing salt is often mixed with sodium hexacyanoferrate(II) as an anti-caking agent, which enables the rock salt to flow freely out of the gritting vehicles despite being stockpiled prior to use. In recent years this additive has also been used in table salt. 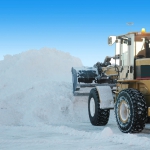 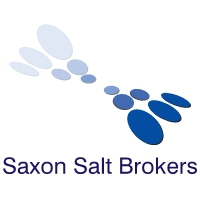 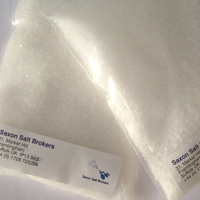